Resilience Preparation for Power Utilities: A Necessity for Coastal Cities

Asia is no stranger to the damage that can be wreaked by natural disasters. Since 1900, approximately 20 million people on the continent have lost their lives due to droughts, floods, earthquakes, cyclones and tsunamis[1]. Today, the region remains exposed to more of the same.  According to the Asian Development Bank, the region’s economic progress will be undermined by the rising number of floods, landslides and other disasters that are exacerbated by global heating. That provides a stark reminder that Asia’s many densely populated and expanding coastal cities will remain vulnerable to weather-related disasters such as storms and floods. According to the Centre for Research on the Epidemiology of Disasters, Asia has lost an estimated $1 trillion over the past century due to natural disasters, and this shows no sign of slowing down. 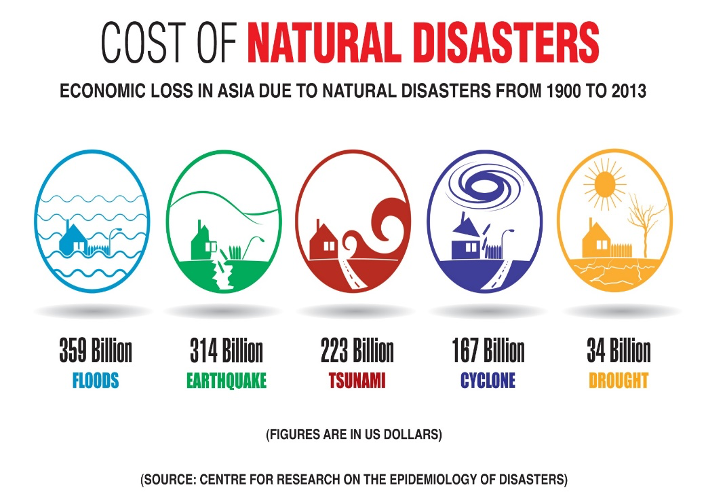 Cyclones and their impact on India

Studies indicate that natural disaster losses equate to approximately 2% of India’s Gross Domestic Product (GDP) and up to 12% of Central government revenue[1]. With 40% of the total population living within 100 km of the coastline, the Indian sub-continent is one of the most vulnerable in the world to cyclones and floods. And we’ve seen this vulnerability in action: 8 of the worst cyclones of the past decade made landfall on the west coast, including cyclones Fani, Ockhi, Vardah, Hudud, Phailin, Helen, Nilam and Phyan.

While COVID-19 has already strained hospitals, data centers, government agencies, public utilities, and food distribution and delivery systems, further disruption from natural disasters threatens communities’ ability to function at all. On May 20, Cyclone Amphan, classed as a category 2 hurricane, caused storm surges and waves of five metres high on the shores of Kolkata. Amphan’s damage has ground the city to a halt. Damage to Kolkata’s fiber-optic networks has also totally disconnected residents, still in lockdown from COVID-19, from the outside world. With most of the city still under darkness, many hospitals, and critical and emergency facilities are facing the biggest threat as roadblocks from debris, damaged vehicles, and flooded medical and testing centers have threatened their operability.

Amphan’s infrastructure damage is estimated to be $ 13.2 billion and still counting[2], and power grids are seeing some of the most severe impacts.

Damage to power infrastructure and the need for resilience

Building a resilient power infrastructure that can resist, absorb, accommodate to, and recover from the effects of a hazard in a timely and efficient manner is a need for all the buildings that focuses on safety of equipment operation and personnel involved.

Kolkata has provided a clear argument for the adoption of resilience measures for inevitable situations like Cyclone Amphan. The simple strategies listed below, along with advanced power system hardening techniques, can ensure uninterrupted power supply not only to stressed hospitals, community centers, and government offices during future catastrophic events, but to the residents of those communities who rely on these services.

Another coastal city on the Bay of Bengal had a similar experience when Cyclone Vardah hit on December 2016. It downed 10,000 electric poles, damaged 800 transformers and affected 1850 MW of power generation systems leaving seven million people in darkness for more than a week[4].

This response isn’t an isolated incident. In the summer of 2012, a Derecho windstorm left two million people without power in the mid-Atlantic. It gained power so quickly that most of the communities affected had almost no time to prepare, hurrying to use back-up generators that failed or telephone services that were immediately knocked out. The nation’s mostly overhead, analog and radial distribution system is not designed to withstand ice, wind and snowstorms. But it is important to learn from these experiences and prepare for the future, as several campuses and cities have done around the world.

New York University Langone Health is a world-renowned hospital based in New York City, New York. After losing power during Superstorm Sandy in 2012, the hospital experienced significant challenges related to its utility services and operations, forcing an emergency evacuation of patients and the campus’ closure for two months. To ensure that such an event never reoccurred, the hospital began extensive resilience improvements, including working towards PEER Platinum certification.

NYU Langone implemented power system hardening strategies such as the installation of flood barriers, and redesigned the walls of their Energy Building with steel-based flood doors to withstand future tidal and storm surge conditions. These implementations gave NYU Langone’s eight building campus the ability to withstand a 500-year flood level and have helped in reducing operational and damage costs of $1.5 billion.

Further, NYU Langone Health owns an 11 MW highly efficient cogeneration plant as an alternative electricity source should there be a loss of power supply from their primary source. They implemented remarkable flood plain avoidance, undergrounding 100% of their power lines and employing state-of-the-art operations, management and safety procedures. These comprehensive adaptations have worked: there were zero sustained interruptions in 2017.

Utilities or power distribution companies keep our businesses, homes and communities powered. Their ability to meet our everyday needs means we rely on their services and ability to address challenges as they arise.

The Electric Power Board (EPB) of Chattanooga, Tennessee serves 177,000 homes and businesses across greater Chattanooga and parts of North Georgia. Chattanooga regularly experiences severe thunderstorms and tornadoes, leading to power outages that hinder the livelihood and economic growth of the city.  To combat this, the city’s EPB created an innovative fiber optic network by laying the groundwork for an intelligent, redundant and self-healing grid that provides resilient power to residents. EPB’s distribution circuits also have automated restoration capability with intelligent hardware such as smart switches and auto‐reclosers which can automatically test and re‐energize a circuit, isolate a fault and re‐route power without human intervention. Approximately 94% of EPB customers can receive power through two distribution pathways, which means power can take alternative routes from the source to the customer in order to avoid downed or vulnerable sections of the grid. The EPB system was put to the test in 2012 when two major storms knocked out power throughout most of Chattanooga. Thanks to the electricity infrastructure improvements, power was restored to most of the system within hours instead of days.

Understanding the importance of resilience and the need for reliable grid infrastructure has never been more important. As Kolkata has shown us, natural disasters will continue to hit regardless of whatever other challenges we might be facing. And when that happens, our resilience preparation will make all the difference. By turning our focus to the utilities that allow our communities to function, we can save money, improve our environmental footprint and even save lives.