This article is the third in a four-part series about demand response.

As part of the Demand Response Partnership Program, USGBC and the Environmental Defense Fund worked with Lawrence Berkeley National Laboratory (LBNL) to study the environmental and load impacts of demand response in the Southern California Edison (SCE) service territory.

Using hourly data from each participating building, LBNL developed a set of load curves for each building, for each day during which a demand response event was scheduled. Figure 1 shows an example. The baseline (gray line) is compared to actual usage (dark blue line). The difference between the baseline and actual use shows the power saved for this particular event, or the “load shed.” 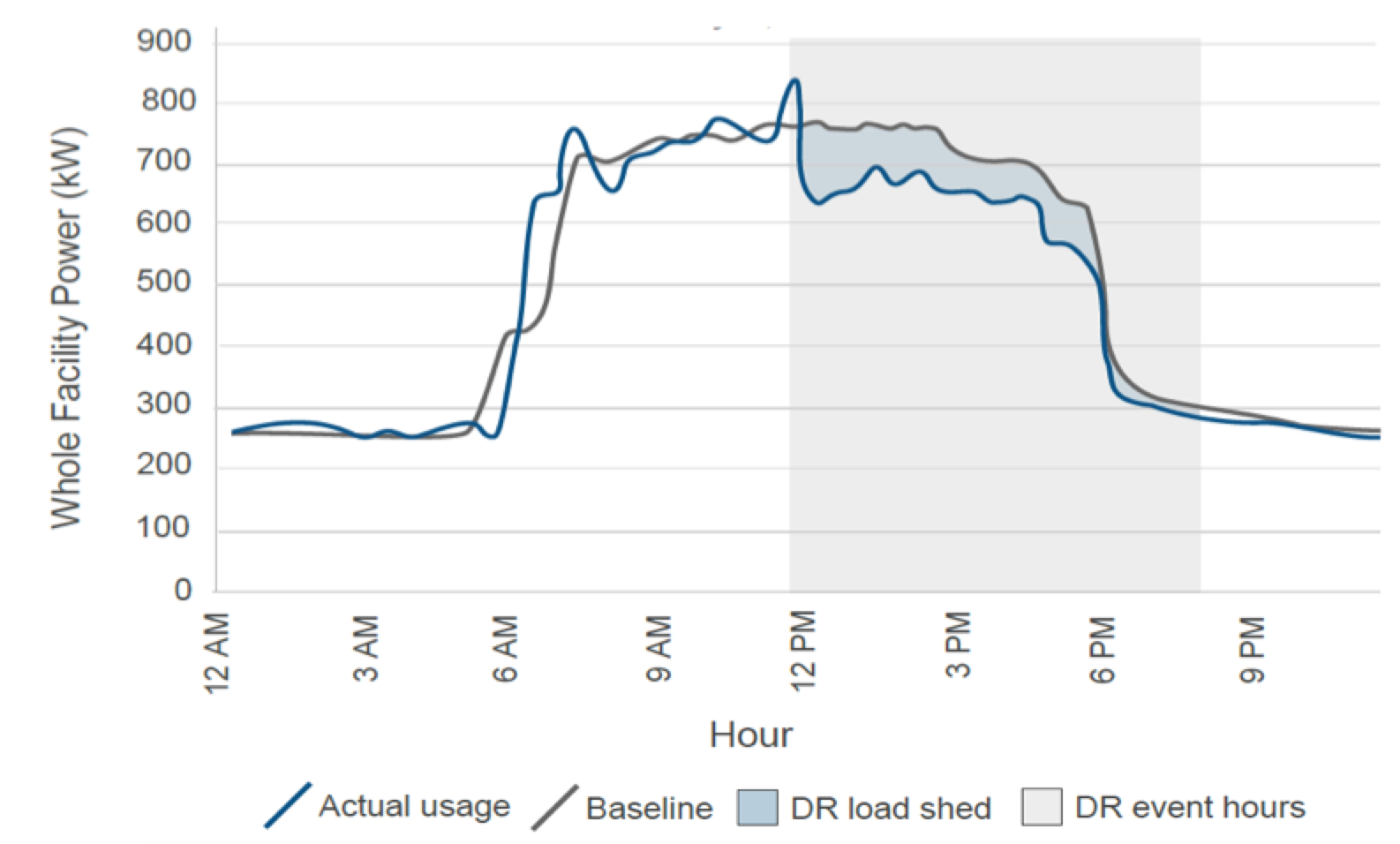 Based on the analysis of 12 buildings, we found that during the 2013 season, participating buildings shed about 70kW, or 12 percent, of their peak load on average during demand response events. This finding supports 10 percent as an achievable demand response goal for commercial loads with cooling loads on hot summer afternoons.

For most of these buildings, the revenue from demand response was positive, but not substantial ($374/year on average). The notable exceptions are the buildings that also participated in SCE’s Technical Incentive program, which awards significant incentives to help offset the cost of installing demand response-enabling equipment. The buildings that participated in this program received a one-time award that averaged $56,000.

Based on analysis by the Environmental Defense Fund, if all buildings in California participated in demand response and performed like the buildings in our study, total demand would be 5.4 percent below the current level, over 40,000 MW of demand would be reduced and 14,015 metric tons of carbon dioxide equivalent would be avoided.

This article is the third installment in a four-part series about demand response and the Demand Response Partnership Program: